Ron was born in Milbrae, California near San Francisco. He lived his life in California with the exception of 8 years in Alaska.  He graduated from Santa Ana High School in 1951 along with his high school sweetheart Bonnie Bowers.

Ron Spent four years in the Air Force.  He enjoyed several years as the co-host on the home show on KRLA Radio in Los Angeles. 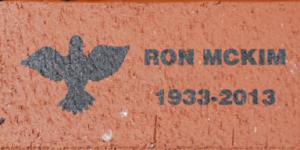 *Member of Unity Church of Truth.