The unique combination of an accountant and a singer has reaped very special benefits for our ministry.

You know them – Donn and Elaine Meier.

Elaine grew up in Canton, just about one mile from the man who would become her husband of 33 years.  She even knew about him during grade school because of his outstanding musical talent.

Attending both Akron University and Walsh College, Elaine majored in accounting at night school.  She is employed as Bookkeeper/Secretary with Schaffer & Sons.

Elaine is our church Treasurer and teaches Sunday School once a month.  Always there for us, she willingly lends her capable hands wherever they are needed.

Donn has been singing since the fourth grade and yes… he was a boy soprano.  He matured to a tenor-baritone range and performed roles at the Canton Civic Opera and other companies in New York State, as well as giving concerts.  Both the Pacific and European areas found Donn in service during World War II.  Just ask about his experiences as ferry plane pilot, how he was shot down.  He may be too modest to tell the tale.

The Meiers were raised catholic, and met at a Catholic Singles Dance.  They enthusiastically embraced Unity principles, have visited Unity Village many times, and attend yearly retreats.

Donn says that Unity’s positive attitudes allow us a much better view of people, through Unity beliefs may be a bit frightening to some because they emphasize that we are responsible for ourselves.

Donn has served as President of our Unity Board of Trustees three time since becoming part of the congregation in 1976.  His talent has blessed us for many years and his glorious voice adds so greatly to our Sunday services.

We are truly grateful for this mover-shaker-doer couple in our midst. 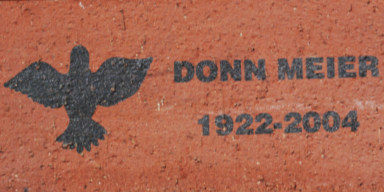 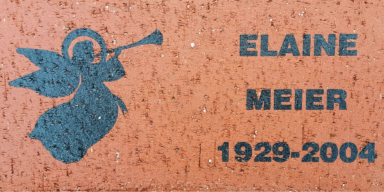